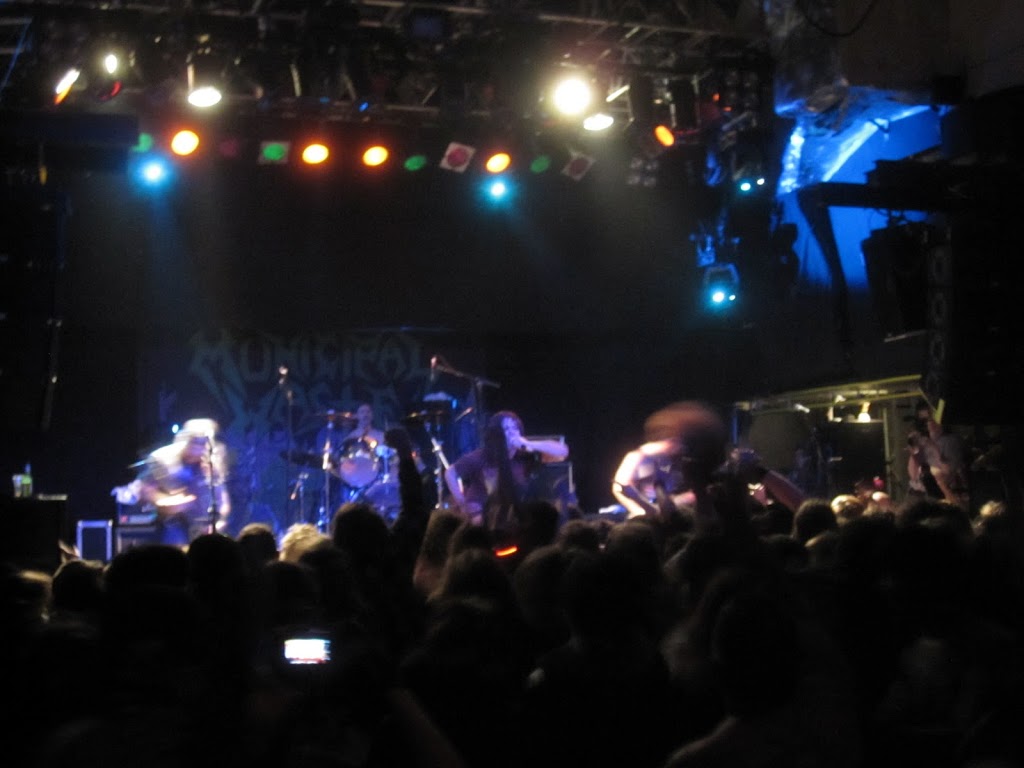 I woke up and took the Eurostar train from Paris to London. Naturally they didn’t have any “interrail seats” available, but I couldn’t care less about the money as I was just willing to get to London and closer to getting home. I started feeling a bit odd in the way, and in the tunnel below the sea the feeling got stronger. I thought it might have been about pressure or something like that, but in a while I realized I had caught a flu. When we arrived at London, I was already very exhausted and in muscle pains, so I headed straight to the tube (the London underground) and to the hotel.

I had forgotten to check out the gigs in London for the weekend earlier, so I did that in the bed of the tiny but cozy hotel room. I got really mixed feelings when I saw that my good, old (and old) friend, Dave Witte, was playing that night in London with his band, Municipal Waste. I sent Dave a message telling I might show up if I felt better, but after exchanging a few messages, I thought I could die tomorrow and enjoy that night. A VIP list, drinking, cannot resist such things. A quick shower and a whisky at the bar nearby helped me get feeling better, and I headed towards the O2 Academy.

The gig was great, and the crowd was manic. I didn’t know the band had such a following around here. The circle pit went from the front of the stage to the back of the crowd, and people were tripping over all the time. 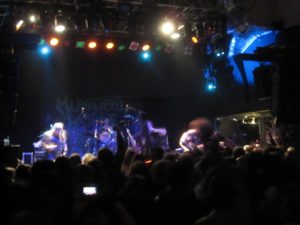 The curfew was right after the gig, but as I hadn’t talked with Dave, yet, I went to wave to him in front of the stage, and he invited me on stage to hug and chat. I hadn’t seen him for over four years, and it was damn nice to get to do it now! He also invited me to backstage to drink some good Belgian beers, which is another thing I cannot resist.

After that backstage closed, we went to a bar called Big Red. A cover band called Dirty/DC (covering… guess who?) was playing there, and we had too much fun (again) drinking and talking to each other. And drinking a bit more.

After the bar closed, I found myself standing alone in the street, feeling very ill again, and shivering. All the taxis seemed to be unavailable, but eventually I found a nice Turkish guy who took me near my hotel for a reasonable price. He wanted to make sure I would find my hotel, and I told him I was sure I could. And I couldn’t. Only after asking three different groups of people and walking and shivering for 10 hours (might have been minutes, but felt like hours) I got it where I was, rushed to the room, and fell asleep while still shivering and feeling bad.

I felt worse in the morning, now with the buddies Shivering and Muscle Pain reinforced with Dr Stomach Ache and Mr Hangover. I needed some food, though, as I kinda forgot to eat anything solid the last night, so about 9 PM I finally got the balls to go to buy something. My culinaristic trip received a brutal end with a Triple Whopper with fries and coke. The transformation from the food-loving traveller to a burger eating metal pig was pretty quick.