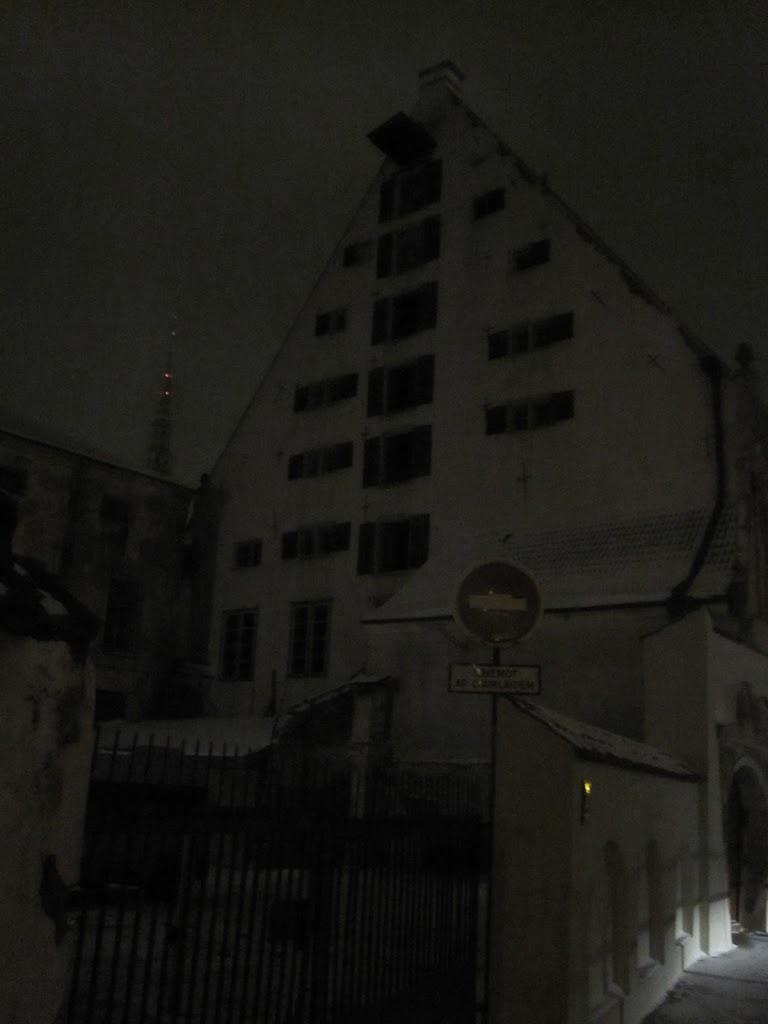 I arrived at Riga at around 22:30, and took the pre-reserved shuttle (yeah, I’m adventurous like that) to the hotel. After checking in, I decided it was the time to make myself familiar with the local bars. Sunday bloody sunday. Almost all the places were closed, apart from the filthy night clubs, and the only reasonable option had closed while I tried to find the rock bar in that area (closed, of course).

After wandering in the snow storm for about an hour – and running into those nice fellows that surprisingly want to go to “street bar” with you, and know words in your language, and try to take you to a street bar that’s not on the street level but behind a red curtain upstairs – I decided to get back to the hotel and use the lobby bar. Which was closed. Fortunately my minibar wasn’t, and I got the (this time reasonably priced) beer I was looking for.

I almost missed my flight next morning, but in the moment of desperation two friendly Swiss guys shared a cab with me, and I got to the airport in time. I tried offering them money, or even their breakfast, but my offers were politely turned down.

Lessons learned and re-learned:
– Sundays suck everywhere
– People aren’t usually nice to you for no reason. I knew this earlier, though, and was cautious enough. Yes, mother, didn’t even go inside the building.
– People can be nice to you for whatever reasons. I promised the Swiss guys I will pay the generosity back to somebody else while on this trip.
– Don’t assume the airport shuttles are ever there in time. Pick an earlier one. Pick even one before that one.

Next stop Rome – the airport only, though. Then off to Palermo for two nights.