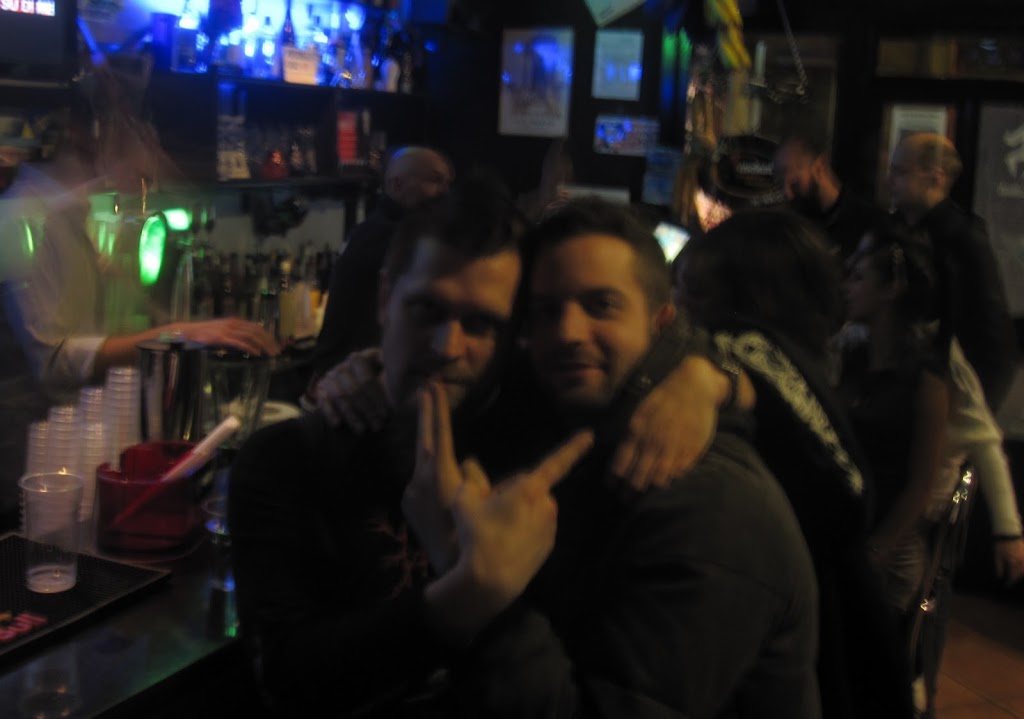 I arrived at Rome in the night, and it wasn’t the first time Google Maps had deceived me. I didn’t find my hotel, and the check-in was to closing at 11:30 PM. Eventually, my only chance was to use the expensive internet connection on my phone, and use, yes, Google Maps. This time I understood where it tried to take me, and I got in the place in time. Rudy, or whomever the owner of Hotel Rudy was, was very precise on what I should see in Rome, and in what order. I’d have two days to do it, so it shouldn’t be a problem. If you want to skip the rest of the story, yes, I basically missed them all. I saw Pantheon at night, and some other small stony things, and Vatican from long distance, and… well, that’s about what I saw. I didn’t even got near Colosseum. But let me try to explain.

The first night I just decided to stay at the hotel and watch the shows that I had planted on my computer. The next day… well, you know the pattern. I slept until 8 PM. I suppose that’s what old people do, but I shouldn’t be that old. I was a bit pissed off of myself, as I knew I wouldn’t get in the museums on Sunday and Monday, but I forgave myself and decided I could just go and see the buildings those two days. Which I didn’t.

Anyway, I wanted to eat, and I thought I found a good place after a 20 minute walk. I took a Roman menu, and the food was actually fairly good. It would have been very good unless they hadn’t put all the salt in the first two parts and forgot about it in the next tree. Okay, I wouldn’t have wanted the dessert salty, I know, so make it “next two”. The best moment in the menu was the main course, roasted pork, which was maybe the most perfectly made meat I have ever tasted, and worked with added salt heavenly.

I went to see some bars again, and had a good amount of beers, after which I went to the Irish bar I had been on earlier, and then to some place that was open late. I met some people, had fun, then too much fun, and then just went to sleep.

I, surprisingly enough, woke up in time the next day. I had decided to try to see a football game – yes, football, not the American thing they mostly use hands in – and took the underground and tram to Stadio Olimpico to see AS Roma’s game. You’d think they sell tickets there, but no, they instructed me to go “about four or five kilometers that way with bus number 69”, so I did it. I found other tourists having the same problem in this normal bus, despite the number, so we stuck together with our mission. Unfortunately this Dutch guy didn’t get a ticket because he didn’t have his passport with him. None of us could’ve thought you need a passport to buy a ticket to a football game. Now we and you know.

The first half of the game was interesting, as I had never been on a stadium that big. The funnest thing was that I met Larsi, a German guy whom I’d met last night in the Irish bar, so we watched the next half next to each other. After the compulsory fan merch shopping for my father and brother, and the not-that-compulsory riding the tram without a ticket, I got to eat again. The place was excellent, both because of the food (spaghetti carbonara this time) and the service (the waiter that supports Lazio pretended he was very angry about my choice of fan stuff. Or then he didn’t pretend at all.) 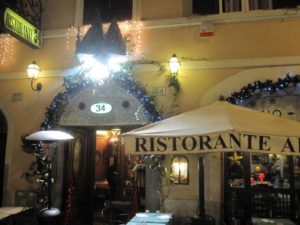 I didn’t want to go to the hotel, as it wasn’t that close by, so I decided to go the Irish bar again. Considering I was to leave the hotel the next morning at 10:30, it was a major mistake. At the door, I ran into a very drunken Irishman, and inside I met his Australian friend. They naturally wanted me to take part of their drinking games (“you Finns are mental, just mental…”), and I couldn’t resist. The night was fun, though, and it eventually lead me to sitting on the streets of Napoli with Larsi’s Polish friend, Kamil, who went “mental” at 6 AM when he had his first Fernet Branca ever. Kamil, as that’s only alcohol and herbs 🙂 At around 7 AM I went to sleep, slept over (not a surprise) and kicked myself out of the hotel before they could do it. I had no idea what to do and where to go, but going somewhere felt right, and I picked a seat in train going to Torino.